Pass on a piece of our proud culinary culture—sake—to the next generation with the “Sake Kampai!” circle.

Why hold “Sake Kampai!” now? Sake has been a part of the lives of the people of Japan and an irreplaceable
part of religious rituals since ancient times.

Sake was offered to the gods in prayer for good harvests and for the safety of your household. Then,
those that made the offering took the offering of sake and drank it together. The tradition of sake
brewing was passed along as a part of the culture in all regions, and climate and nature features nurtured different flavors.

Sake, part of the souls of Japanese people, is currently facing a crisis. Sake is being made and drunken
at lower levels every year; and over the past 40 years the number of breweries has fallen by half.

At this rate, within the next 20 years, there will be regions within the 47 prefectures where the tradition of sake
brewing has totally disappeared.

Total sake production would increase by 1.8 times if adult men and women were to have a drink of sake once a week.
With “Sake Kampai!”, we can protect Japan’s sake tradition.

That is what “Sake Kampai!” is about. Sake Day—held on October 1st※ an event where participants drink
together—giving us the chance to do just that.

Through daily “Sake Kampai!” to spread this movement, we can have great times while enjoying sake.
Then people around the world will become interested in sake after seeing the ways of the people of Japan.
Then, they will want to drink sake after learning more about the nature, industry, culture and history of Japan,
the place that created its flavor.

If the people around the world, not just in Japan, fell in love with sake, consumption will increase and be
continued by the next generation.

While “Sake Kampai!” is a simple act, it holds a deep meaning. Let’s pass this proud cultural tradition on to the next generation. 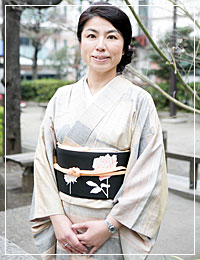 [Project representative]
Fifth generation Sake-Samurai
Mariko Kiyonaga
※What is the “Sake Day” event held on October 1st? In Japan, the Chinese Zodiac, made up of 12 horary signs,
originally symbolized months of the year. The tenth, west, is read tori in Japan,
but the original pictograph was pot shaped and meant sake. In 1978,
the Japan Sake & Shochu Makers Association declared that October 1st—symbolically connected to sake—to be “Sake Day”.
This is said to be a day where “the whole country has a kampai with sake”, and sake drinking events are held.

Group kampai! A kampai for two! Solo kampai! Kampai at hanami (flower viewing), parties, BBQ’s, or even at home, or at your favorite restaurant, a celebratory kampai, kampai after work, cheer up kmapai, kampai before meals…

Post all kinds of “Sake Kampai!” pictures, and share everyone’s wonderful experiences! We will count the number of people in the pictures, and are aiming for 10,000 “Sake Kampai!” participants during the 2016 fiscal year (October 1, 2016 to September 30, 2017). Now support our breweries and have a toast with sake!

We will be awarding a wonderful prize in the “Best KAMPAI Shot Gran Prix”.

Photos of wonderful kampai will be selected by our office and awarded with “Best Kampai Shot Prizes”. Among them, a monthly first prize will be chosen, and once every half year, a “Best Shot Grand Prize” will be awarded.

The “KAMPAI Best Shot Gran Prix” prize winner will receive a three bottle set of a deluxe sake and a small and wonderful present with their name on it!!

Sake KAMPAI (hereinafter, “this website”) manages the Sake KAMPAI project. Please make sure to read the following details regarding the use of the website and to agree to the details.

Please make sure to read the following details on posting your toasting pictures. Any post with our Instagram hashtag “#”, or like on this project’s official Facebook page, will be considered as consenting to the terms of this agreement. If, by any chance, you do not agree to these terms, then please terminate your entry. We will be strictly maintaining Instagram’s and Facebook’s user agreement’s and posting rules.